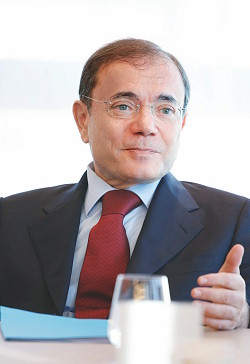 Casino Rallye’s primary asset – the main contributor to Rallye’s consolidated net sales – is one of the world’s leading food retailers. In France, its sales performance is secured by a mix of banners and formats that are well adapted both to the economic environment and to new, major and long-lasting consumer trends. Internationally, its expansion strategy is focused on Latin America, where its subsidiaries benefit from deep local roots and leadership positions positions.
For the Casino Group, 2019 was marked by continued development in France, Casino remains focused on its strategic priorities: development of its buoyant formats and, the Group’s repositioning – with the disposal of Leader Price which brings the total proceeds from disposals signed in connection with the disposal plan to €2.8 billion. Same-store sales rose by 1.9% over the year. The Group pursued the development of its E-commerce business, which accounted for 24% of the business in France in the fourth quarter of 2019.
In Latin America, 2019 saw strong performances in the cash & carry segment and in revamped formats, as well as a sharp acceleration in E-commerce. The Group’s structure was simplified by bringing its activities in the region under the umbrella of its subsidiary GPA. GPA’s performance was bolstered by the excellent momentum of Assaí, which recorded sales growth of 22% (1), and by the revamped and convenience formats. E-commerce sales were up 40%(1). In Colombia, the Éxito Wow, Carulla Fresh Market and Surtimayorista formats met with resounding success, with E-commerce growing 37%(1). Rallye posted consolidated net sales of €34.7 billion in 2019 and recurring operating income of €1,276 million. The net debt of the Rallye holding company scope totalled €3 billion at 31 December 2019, versus €2.9 billion a year earlier.

From December 2015, Casino and Rallye were subject to coordinated and sustained speculative attacks.  This activity was aimed at systematically decreasing the prices of Group's securities, mainly by way of short selling.

It caused a downward pressure on the prices of their shares and debt securities and over the long term resulted in a sharp drop in both Casino and its parent companies - Rallye, Foncière Euris and Finatis - share prices, leading to an increasing mismatch between the market value and the intrinsic value of the underlying assets. Market pressure rose from mid-May 2019, mainly as a result of a sustained increase in short positions, a surge in the Rallye credit default swap on 20 May and, in turn, the massive hike in securities lending and borrowing .

Following these persistent and massive speculative attacks against the Group’s securities, Rallye and its subsidiaries Cobivia, HMB and Alpétrol requested and obtained the initiation of safeguard proceedings further to the court decisions of 23 May 2019 and 17 June 2019. On 28 February 2020, the companies’ safeguard plans were approved by the Paris Commercial Court, bringing the observation period to an end. Under the safeguard procedure, Rallye now intends to continue its development with confidence in order to ensure the group’s integrity and to consolidate its financial position in a stabilised environment.

The beginning of 2020 has been marked by the unexpected COVID-19 health crisis, which is shifting our way of life and having an impact on our personal and professional lives and day-to-day existence. With this in mind, our Group has prioritised protecting its employees’ health and its business’ long-term viability.

With the global crisis, food retail jobs have never been so exposed or so vital. Demand has risen to unprecedented levels, with local formats, urban stores and E-commerce accounting for the bulk of the increased activity. Measures have been introduced to ensure the Group’s core mission of securing the food supply of the populations it serves. In a challenging economic environment, our teams stand mobilised and unified in preparation for the post-crisis future, as they continue the accelerated adaptation of operating processes and the development of new offerings in response to the current unprecedented situation.

I would like to thank all of our team members personally for their commitment, particularly those in day-to-day operations, who have shown courage and exemplary commitment.

(1) Figures provided by the subsidiary.

Disclosure of transactions in own shares - French version only

Notices specifying the availability of documents - French version only